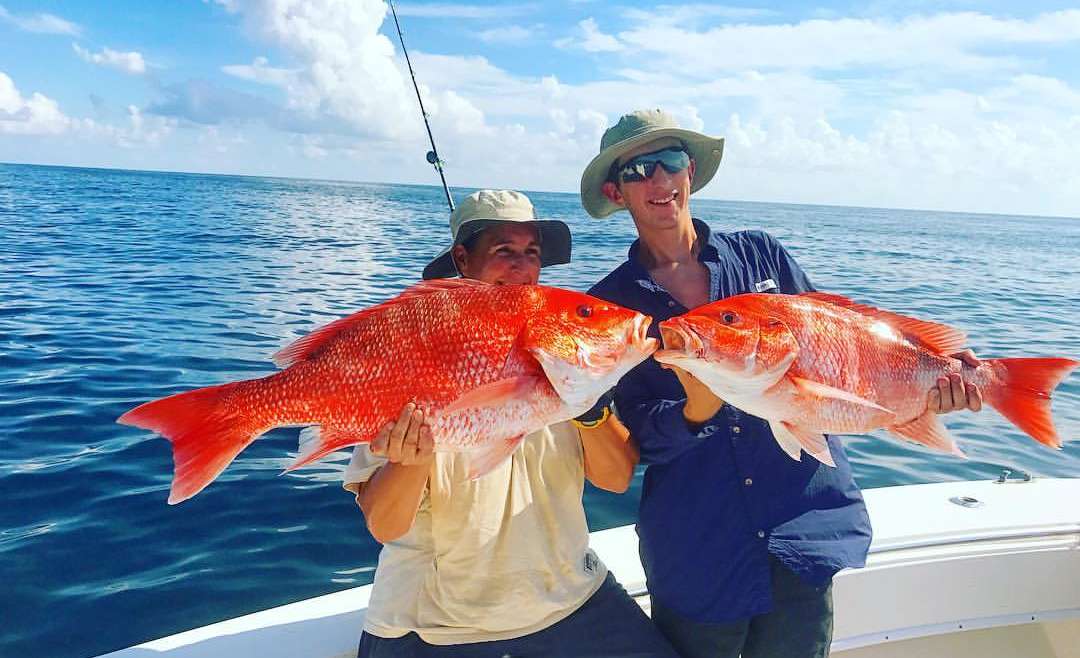 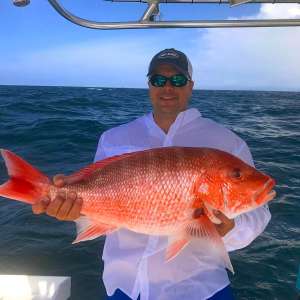 Known for its fast-deep water access to the Gulf of Mexico, Freeport Texas has long been a premier Red Snapper Fishing Destination for anglers.  Not only is the red snapper a highly sought-after fish for the incredible battle they ensue anglers, the flesh is likely the tastiest known fish in North America.  The northern red snapper is found in the Gulf of Mexico and the southeastern Atlantic coast of the United States and much less commonly northward as far as Massachusetts. In Spanish, it is known as huachinango, pargo, or chillo. 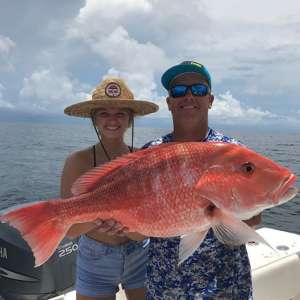 Red Snapper Season in Freeport, Texas is likely the most anticipated season on the Texas Gulf Coast for seasoned and new anglers alike, and also Red Snapper Charters.  Relatively easy to catch, Red Snapper Fishing in Freeport not only allows amateur anglers a chance to go Deep Sea Fishing in Texas, it also lends opportunity for many other species to be caught while fishing for Red Snapper in Freeport.  Mahi, Cobia, Amberjack, King Mackerel, Tuna are only a few of the many species that will inhabit the same reefs and structure as the Red Snapper. 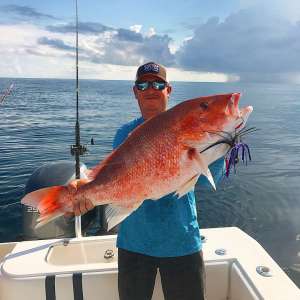 Freeport Texas Red Snapper commonly inhabits waters from 30 to 200 ft deep.  On our Freeport Texas Red Snapper Fishing Charters, we have caught Giant Texas Red Snapper as deep as 300 ft. They stay relatively close to the bottom, and inhabit rocky bottoms, ledges, ridges, and artificial reefs, including platforms, and wrecks.  Our most favorable areas are the latter – wrecks.  Our Typical Freeport Red Snapper Fishing Charter begins by running out 30 to 50 miles on one of many wrecks we have located and programmed in our chart plotters.  As our Captain will begin to ‘mark’ fish on the bottom machine, anticipation grows as the screen ‘lights up’.   As we begin filling the fish box with Giant Freeport, Texas Red Snapper – a keen eye from the Captain, Crew and Anglers may spot a giant cobia, mahi or wahoo swimming along the boat. 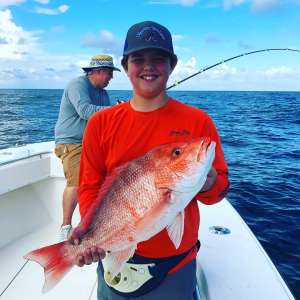 Our Freeport Texas Red Snapper Fishing Charters are absolutely a must for all levels of anglers.  When you book a fishing charter with us in Freeport, you will know our Captain will put you on the best know areas to target the Red Snapper.  Red Snapper Season in Texas generally opens on June 1 and will run thru mid-July for Charter Boats.  We have water front lodging available in Freeport, and our boats can pick you up from your dock.  Give us a call, and lets go catch some Giant Texas Red Snapper in Freeport, Texas.