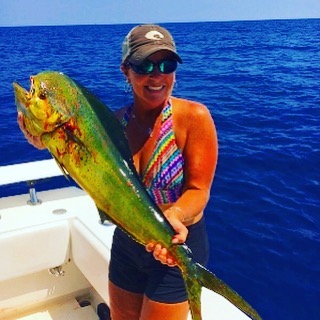 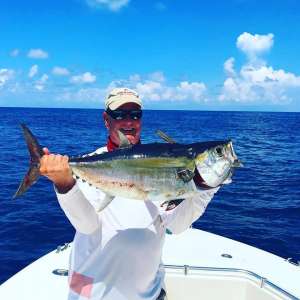 Summer Fishing in Freeport was a bit different than years past.  The numbers of Speckled Trout seemed down for June and July.  Actually, it wasn’t until this past week that we saw the numbers showing up along the beachfront that we usually are seeing in June.  One or two things could be the factor.  Number one:  Hurricane Harvey and the amount of freshwater that rushed thru our bay system sent the fish out into the Gulf, and they are still displaced.  Number two:  we are a month behind in our patterns.  I actually believe it can be a combination of these two factors along with a couple others.  I can say that the 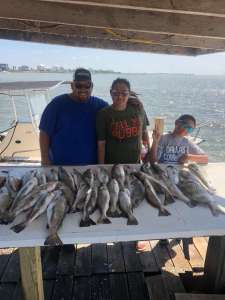 bay snapper (sheepshead) are stronger than ever and the numbers are up.  Also, redfish are definitely here. 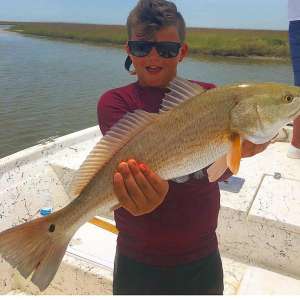 got to put those newly learned skills to use with our Galveston and Freeport Fishing Guides.  Fishing in the back lakes and bayous of Freeport is an excellent setting for these Kid’s Camps, and also a great fishery for our upcoming Fall Fishing Season.  Even though we will not have another kids camp until Summer 2019, this is a great area to book a Fall Fishing Charter and bring those kids along.  Red fish, flounder, speckled trout, croaker, sheepshead, drum and more is our targets in the back lakes and bayous of Freeport.  As water temperatures cool down, these shallow back lakes and bayous are pristine areas for Fall fishing in Freeport. 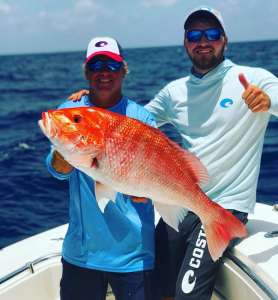 The 2018 Freeport Red Snapper Season was beyond good!  With full limits of Giant Red Snapper every trip, we are already excited and booking up for 2019 Red Snapper Season.  Along with the red snapper we caught many other fish as well.  This year we had a record year for wahoo taking ice naps on our boat.  The biggest wahoo weighed in at 97 lbs!  Also, on the hit list were mahi, kings, war saw grouper, rock hind grouper, cobia, tuna, bonita, shark, jack crevalle, and more.  Bay’s Landing Fishing Lodge really has been a hit for our clients to be able to relax the night before the fishing trip, walk downstairs to catch the boat in the morning, 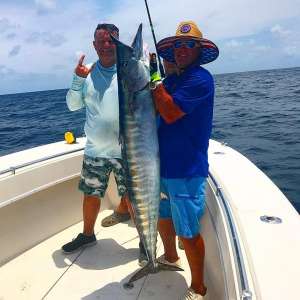 and also enjoy coming to the dock and grilling their fresh caught catch without having to drive home or back to a hotel after a day on the water.  With an outdoor bar, grill, tv, and all the amenities one would expect – affordable, fun, and on the water is a big hit.

Freeport Shark fishing is still underway, and likely will be great thru September.  Also, in the not so distant future we will begin seeing the highly anticipated Freeport Bull Red Fish Run.  September is likely the #1 month to hook into many bull reds on a Half Day Freeport Fishing Charter.  Fresh shad, mullet, or white trout fished along the bottom in 20 to 30 foot of water is a sure way to hook into a Red Dragon!  We like to encourage catch and release of these great fish for they are the breeding stock of the bay system.

Also, Galveston and Freeport Flounder Gigging will be heating up in September.  The shorter daylights will trigger the flounder to begin doing what they do for their annual migration and spawn.  High tides are usually a factor during September, and we will be gigging areas that are productive only when the tides are high.  Also, a night a Bay’s Landing Fishing Lodge is the icing on the cake for a night of Flounder Gigging.

Be sure to remember to catch Captain Greg’s weekly fishing reports aired on Fox Sports Southwest every other week.

Give Captain Greg a call at 409-739-8526 or email greg@fishinggalvestontx.com