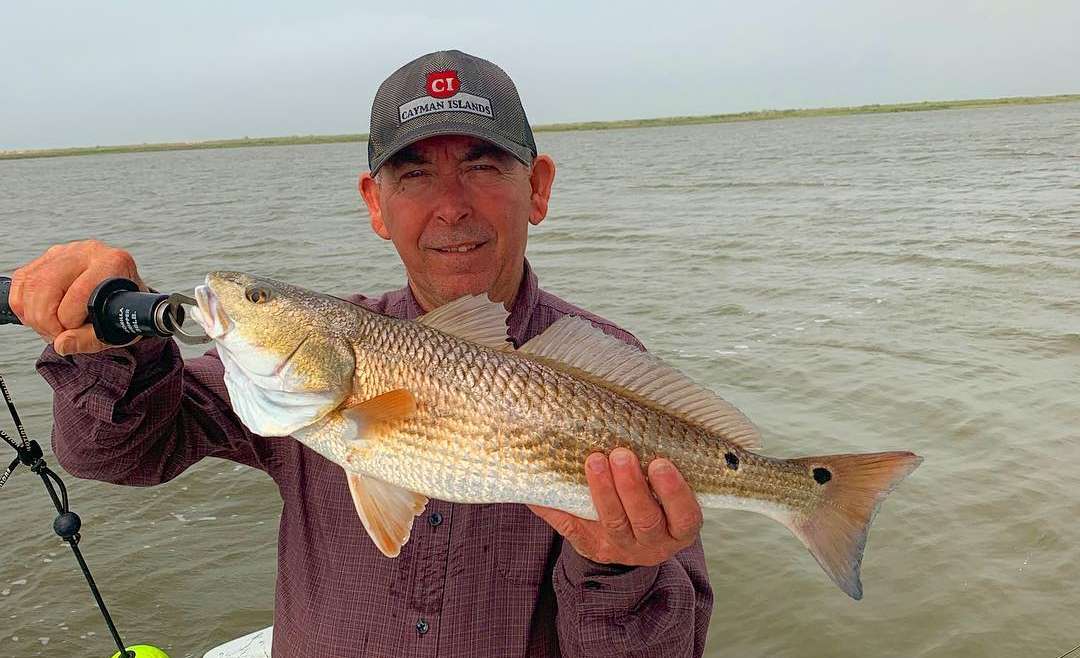 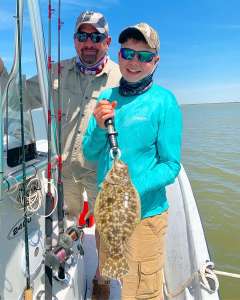 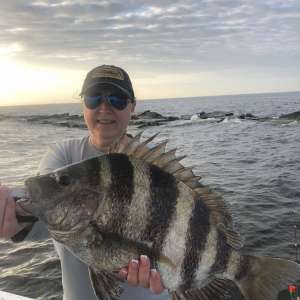 destination for the entire Gulf of Mexico.  Spring 2019 has seen many great catches – BaySnapper (Sheepshead), Red Fish, Black Drum, Speckled Trout, and Flounder.  This Freeport, Texas Fishing Report – we will talk about the late spring patterns and the transition to the early summer patterns.  As water temperatures continue to rise, likely reaching upper 70’s by the end of this month – the Sheepshead spawn is on the downward swing, and the speckled trout spawn is already in pre-phase.  As thousands, if not millions of BaySnapper began coming in to the passes from the Gulf to spawn – taking control of the San Luis Pass and Galveston Jetty with population domination – making it easy to catch this amazing fish… but finding other fish to bite is challenging during that time.  Well, as the BaySnapper moves back out to the Gulf as it does each year – we will begin seeing the Speckled Trout take it’s place along the rocks and passes for its annual spawn.  I have seen more trophy size trout caught along the San Luis Pass during late April and May than any other months.

Another species that will be cruising up and down the Freeport jetties – Red Fish… both slot reds and bull reds.  In years past, April has been the month of the redfish along the Freeport Jetties.  Live Shrimp, live croaker or piggy perch are all great natural baits for the redfish. 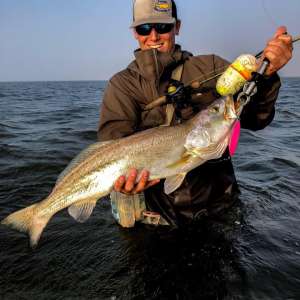 For the more experienced angler that enjoys the solitude and stealthy approach – This is a spectacular time to slip off in the water on some of the sand flats in West Galveston Bay and target BIG Speckled Trout.  Soft Plastics, Hard Plastics and Topwaters worked along the edges of the guts and up on the shallow sand flats is a great way to hook into the speckled trout of a lifetime.  The menhaden spawn was incredible this year, and the flats are loaded up with tiny shad… speckled trout love this! 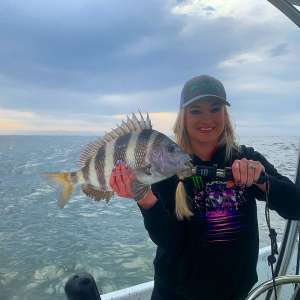 redfish.  With many of these fish making the fish box… some of these fish are just under the legal size limit to keep, but they are still great fun to catch on rod and reel.  These areas are also seeing more speckled trout and flounder.  The flounder are filling the bayous and back lakes right now.  This is not only a great area for fishing… but the spring time scenery of alligators warming up along the banks and migratory birds stopping to rest as they just made their flight across the Gulf of Mexico is a great trip in itself.  With so many amazing bays surrounding Freeport, Texas – a back lake fishing charter is a must. 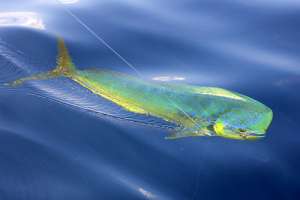 Lots of great offshore, deep sea action during this time, and the month of May will see the Gulf of Mexico water temperatures warm up to welcome the kingfish, mahi and cobia in tight.  The month of May can be amazing for these three species of fish.  If you are interested in getting out on the Big Pond… May Deep Sea Fishing can be awesome!  Remember we have water front lodging at Bay’s Landing, and at only $200 per night… you cant beat that price!  The house will sleep up to eleven people, has washer/dryer, kitchen, outdoor bar, with tv, piers to fish and crab, and so much more.  Give Captain Greg a call and book your spring or summer getaway, and get in on some amazing fishing!  409-739-8526 or email greg@fishinggalvestontx.com